Wojciech Szpankowski Elected to The Academia Europaea (Academy of Europe) 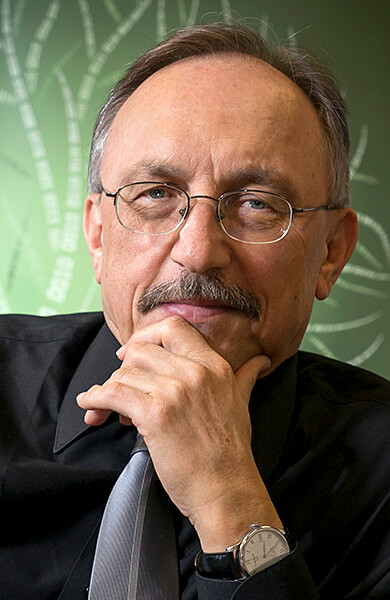 Wojciech Szpankowski, the Saul Rosen Professor of Computer Science and Director of the Center for Science of Information at Purdue University, has been elected as a Foreign Member of The Academy of Europe, following a rigorous selection process.  The Academy (formed in 1988) is the pan-European academy of science, humanities and letters, with a membership of over 4000 eminent scholars, drawn from all countries of Europe, and all disciplines, nationalities and geographical locations.

Born in Poland, Szpankowski received his master’s and doctorate degrees in Electrical Engineering and Computer Science from the Technical University of Gdansk.  He has held several Visiting Professor/Scholar positions at Stanford, Hewlett-Packard Labs, INRIA, Ecole Polytechnique (France), the Newton Institute, (Cambridge, United Kingdom), Technology University of Gdansk (Poland), and ETH (Zurich). He is a Fellow of IEEE, the Erskine Fellow, and 2010 recipient of the Humboldt Research Award. His research interests include analysis of algorithms, information theory, analytic combinatorics, distributed systems, and applications in bioinformatics.

Szpankowski has authored two books. “Average Case Analysis of Algorithms on Sequences” focuses on generating function methodology applied to the analysis of algorithms. His second book, co-authored with Philippe Jacquet, “Analytic Pattern Matching: From DNA to Twitter,” focuses on a range of problems associated with strings and sequences.

Szpankowski has been a guest editor and an editor of several technical journals, including ACM Transaction on Algorithms, Algorithmica, IEEE Transactions on Information Theory, and Combinatorics, Probability and Computing.

He joins the Academy in 2021 as a member of the Informatics Section.